Over the past week we have traveled through northern California and into Southern Oregon. After spending two great months in California, it was finally time to move on, but not before paddling a couple of classic runs in Northern California.

First up was the Burnt Range gorge on the Trinity river. I’d (Simon) paddled this on my previous trip to California, and only remembered the three class 5 ‘Burnt ranch falls rapids’. Well it turns out that there are many other good class 4 drops that I’d forgotten about. 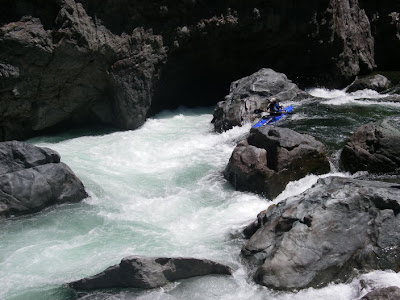 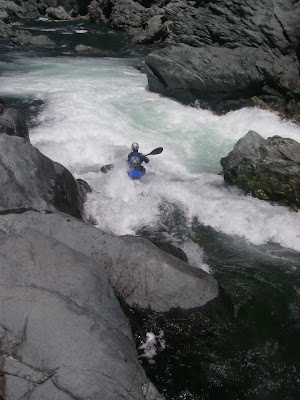 The next day we paddled the Cal Salmon, another run I’d previously paddled. Unfortunately the levels were pretty low on this one. Probably about as low as you’d ever want to paddle it. (or maybe even lower). Plenty of rocky rapids, but some really good gorge sections, overall made it worth paddling. I was biking back up the run to get the van, and had made it half way up, before realizing that the van keys were still in my PFD at the takeout…. DOH 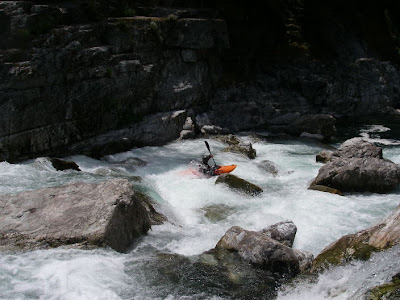 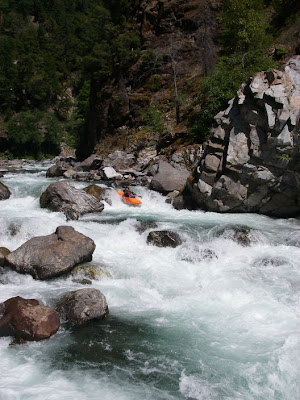 The Cal Salmon was to be our last Californian river, as we headed into Oregon. We had arranged to meet the Jeanne Skalka, the sister of one of our Vermont friends Chris, for a paddle on the Umpqua river. This was a scenic class 3 run with some fun playspots. We had a great day, with Cheryl and Jeanne sharing many women’s kit and boat ideas. 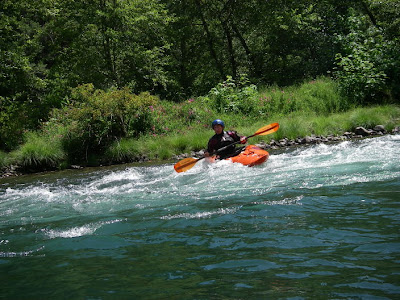 We also bumped into Dave and Sharon again on the Umpqua. 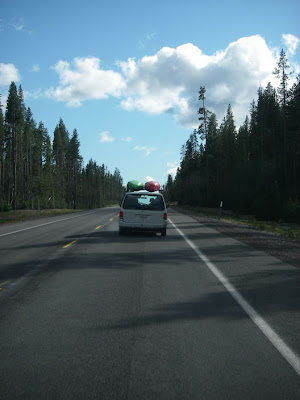 A plan was set to paddled the North Fork of the Rogue the next day, which we had seen on the way to the Umpqua. The Takilma gorge section of the Rogue turned out to be a great run. Walled in and committing, with a number of good class 4 rapids. 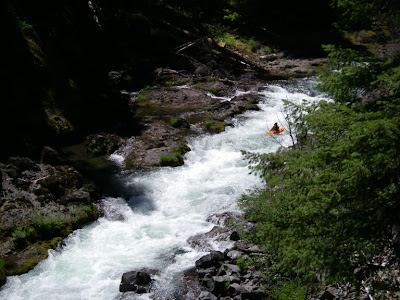 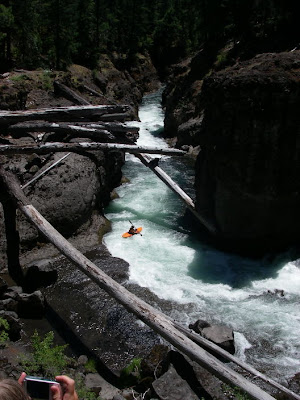 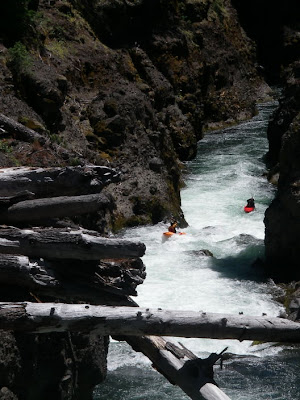 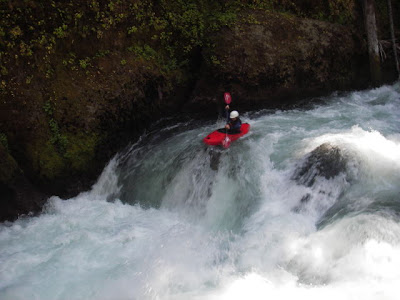 Taking a day off paddling we visited the nearby Crater lake, which is possibly one of the most scenic places we’ve ever been to. An enormous collapsed volcano containing a deep blue lake in the crater. Just the thing for a Dr Evil hidden base, except it is a national park. 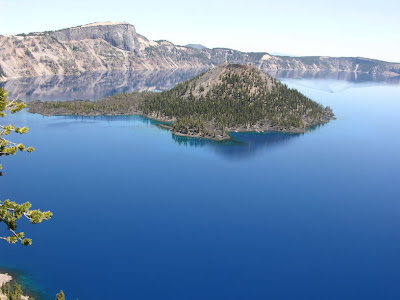 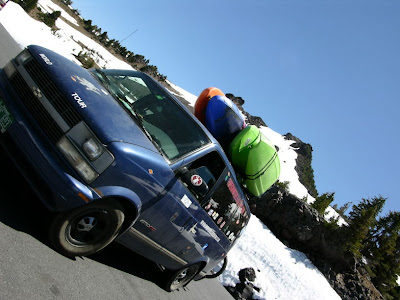 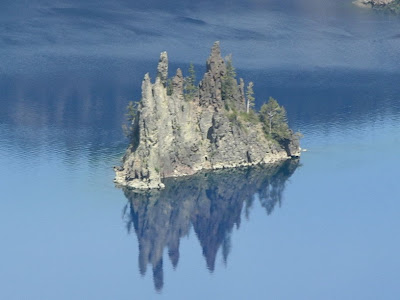 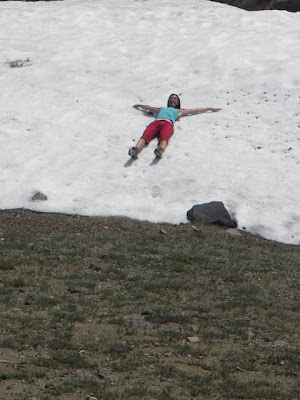 A short stop at the scenic Toketee falls completed the day. 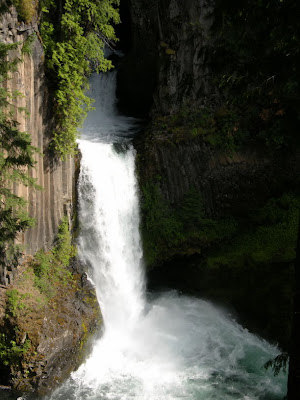 We’re now exploring more of Oregon before heading to the White and Little White Salmon rivers and Portland.
Posted by Si and Cheryl at 11:38 AM

Si and Cheryl
We have just completed a 12 month round the world trip, and now its back to reality and work in the UK